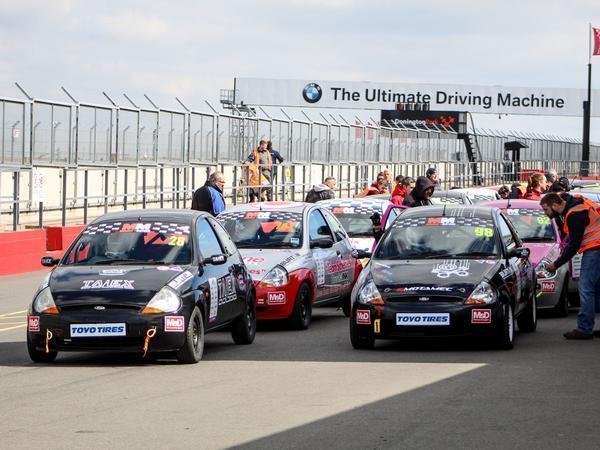 Well, my first race in 16 years was certainly interesting…

Qualifying went as planned and I managed to grab pole position after 3 flying laps (after Dave had done his mandatory laps in the session), which held for the duration of the session: 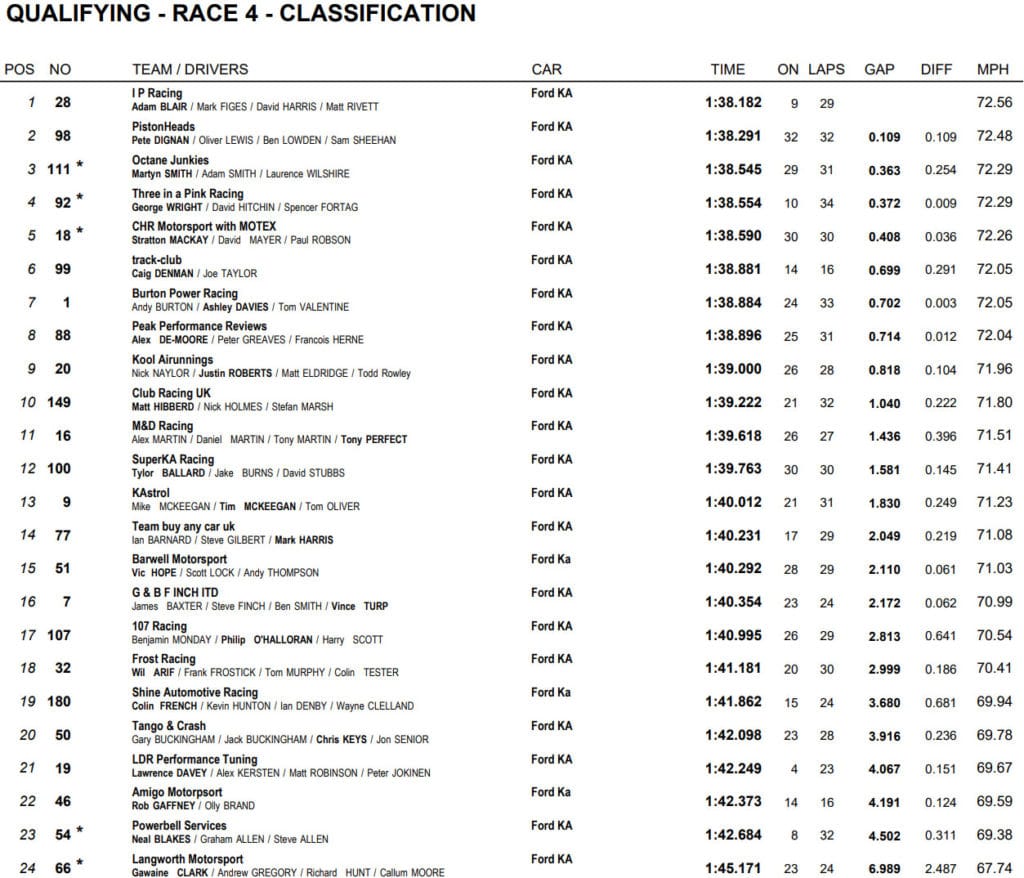 At the time I set the lap we were almost 4/10ths in front of the rest of the field, although they closed the gap towards the end as most teams put their fastest drivers out.

It seemed like I was the only one on the Team who wasn’t surprised by the qualifying result, with the possible exception of James “Gorinsta” Gorin, who built the — quite brilliant! — car.

The race was… “entertaining”…!

We were still in the lead at the end of lap one, as planned. 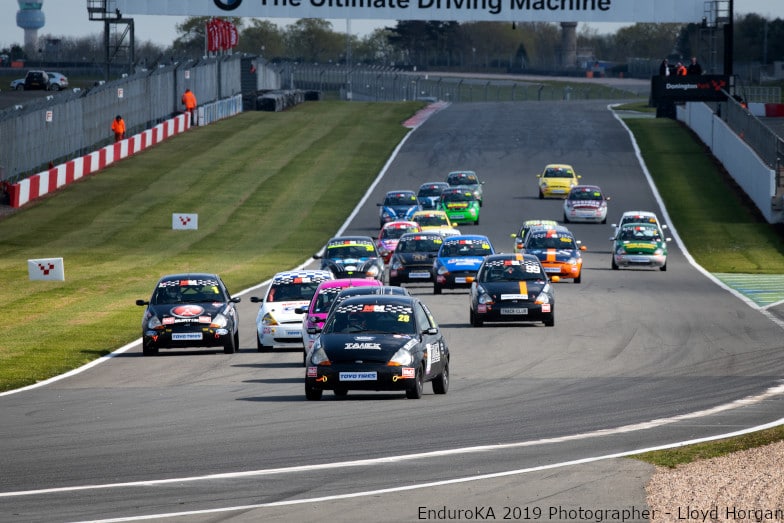 However, no matter what I did, I couldn’t pull a gap on the 2nd and 3rd places cars!

I was on the radio to the team telling them that the guys behind had a little more speed than us, although it’s likely that they were simply using the slipstream of our car, meaning that no matter what I tried, I couldn’t get away. 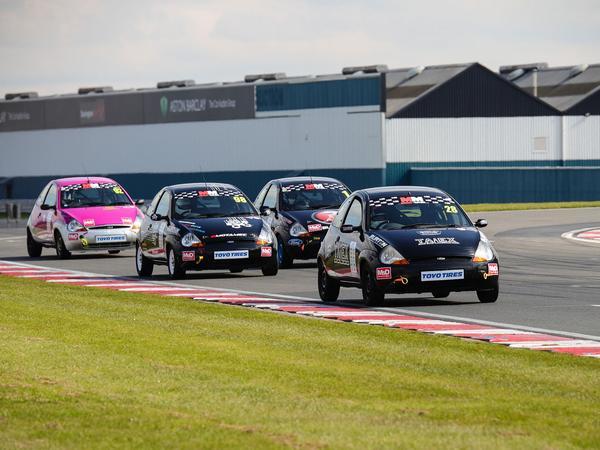 We swapped positions (and some paint work) a few times.

The good news was that each time they managed to sneak in front, we had the speed to take the lead right back again to restore the status quo (backing up my slipstream theory!).

After an hour the safety car appeared and we “wisely” decided to pit and make a driver change.

This is where the strategy errors started.

Really, I should have stayed in the car to put a gap between us and the field behind us.

However, we switched to “Dangerous” Dave Harris (who is an awesome driver, but was taking part in his first ever car race!).

The next stint went well with Dave doing an amazing stint for his first ever race.

Then Matt Rivett did exactly as expected — i.e banging in really fast laps over and over again.

We were on target for the win…

The next pit stop is where the second major strategy error occurred.

We short filled the car with fuel, believing the tank to be full.

This meant that we were “behind” on fuel…

We had a lead of 57 seconds but Mark Figes was on the radio shouting… well, screaming really… about the fuel level and an unusual vibration!

I knew that the vibration was likely to be either a broken wheel or delaminated tyre (it turned out to be the latter).

We really tried to coax the car to the end with the fuel left (and the delaminated tyre!) but with 11 minutes to go, it started fuel surging.

We had to decide whether to leave Mark out or bring him in for a splash and dash.

As we’d already lost the lead by this point due to extreme fuel conservation, we decided to pit and try to at least get 3rd position.

The radio was taking too long to connect, so I decided to leave it unplugged for the last 10 minutes.

Although this saved us time, it meant that we couldn’t communicate the gap to Mark and we lost the 3rd place on the last lap!

To say that it was stressful is a massive under statement…

I was completely calm and serene while in the car on the first stint but as soon as I was out of the car and in the pit lane, the stress was immense.

I’m going to a doctor and asking them for some Valium for the second race!